From the National Safety Council

Hazards Hiding in the Dark: What to do When the Power Goes Out

When the power goes out unexpectedly in a home, the resulting darkness can bring about a number of hazards. Families can eliminate the odds of injury by knowing what to watch for and actions to take before power is lost. 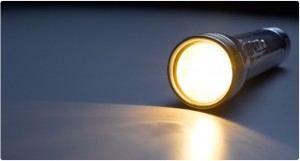 One of the first actions a person should take when the power goes out is immediately shut off all unnecessary electrical appliances and equipment. Keep one light plugged in and turned to “On” to signal when power is restored. The National Fire Protection Association in Quincy, MA, recommends homeowners use flashlights instead of candles or glow sticks during power outages because candles, when left unattended, can easily ignite objects and lead to a home fire. (On average, a candle fire in the home is reported every 34 minutes.) According to the NFPA, nearly 3,000 people a year die in fires, and more than 80 percent of fatalities are a result of home fires.

The NFPA advises people to:

Power outages caused by a thunderstorm or other weather-related event may last only a few hours. However, they sometimes can last longer. According to Dr. Alison Tothy, medical director of the Pediatric Emergency Medicine Department and assistant professor in the Department of Pediatrics at the University of Chicago, power outage injuries treated in emergency rooms often are the result of loss of electricity or gas due to an inability to pay utility bills. Still, accidental injuries during even a short-term power outage are a concern, she said. “Our biggest concern is extreme heat,” Tothy said. During the summer months, people often open windows and position furniture nearby to cool down. Unfortunately, what happens is children manage to climb on either a bed or chair and fall out the window, she said. “A lot of families think that screens are adequate protectors against falling out of windows but they’re not,” Tothy said. “People need to limit the opening of a window to no more than 4 inches.” Window clips or guards can be used to limit openings and still be easily removed in case of a fire.

Another hazard is the threat of carbon monoxide poisoning – often from using portable generators. Approximately 450 Americans died from unintentional CO poisoning from 1999 to 2004, according to the Centers for Disease Control and Prevention. More than 20,000 people visit emergency rooms and more than 4,000 are hospitalized due to CO annually. Approximately 73 percent of these exposures occur in the home, and 41 percent occur during winter months (December to February). According to the Washington-based non-profit Safe Kids Worldwide, young children are more susceptible to CO and may experience symptoms sooner than a healthy adult. Due to their smaller bodies, children process CO differently than adults and may be more severely affected by CO in their blood. CO poisoning occurs when the exhaust from a generator is inhaled, and can lead to incapacitation or death in a matter of minutes. Common symptoms of CO poisoning include headache, flushed or red complexions, dizziness, weakness, nausea, vomiting, chest pain, and confusion.

During the winter months, some families may use generators or open their ovens to heat their house, but doing so puts them at risk of CO poisoning as well as stove burns. If families find they cannot keep warm, they should leave the home and go to a rescue center, Tothy said.

Know what is safe to eat

While the urge to clean out the refrigerator and freezer to get rid of potentially rotten food might be strong during a power outage, the CDC advises using discretion before disposing all contents. While the power is out, keep the refrigerator and freezer doors closed as much as possible, the CDC said. Thawed food that contains ice crystals or is 40°F or colder can be refrozen or cooked; however, items that should be thrown away include:

Food spoilage is of particular concern for infants and young children who use milk formula-based products, Tothy said. She recommended parents limit the amount of formula they mix so as to only use the amount needed at the time, and keep the powder and water separate.

Safe water for drinking, cooking and personal hygiene may not be available if water purification systems are not functioning when the power goes out. The CDC offers the following general rules concerning safe water:

Tothy warns that emergency water supplies also can present a drowning hazard. Some families who want to con-serve clean water will fill bathtubs, sinks or buckets with water and leave them. But doing so exposes children, especially toddlers, to the risk of drowning, she said.

The photo above was taken from Southern California Edison‘s website.